B. Cohen, a teacher in Bnos Chava, the Boyaner Chassidish kindergarten in Jerusalem, was so impressed by the impact Leshomra’s program was having on her students, that she decided to run the program in the afternoons for the benefit of children in the old Charedi neighborhood of Geula. 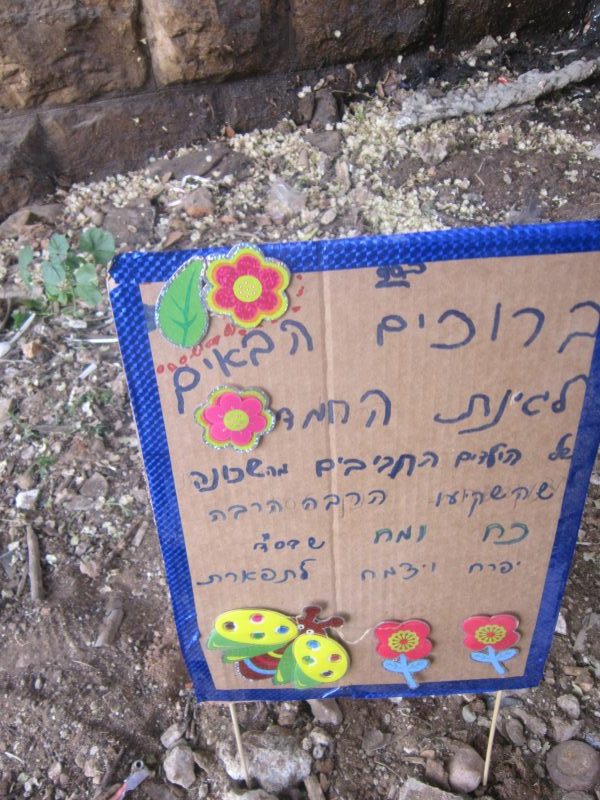 A homemade sign erected in the new garden reads: “Welcome to the pretty garden of the cute children of our neighborhood who put a lot of brains and brawn into it so that G-d Willing it will grow and bloom” 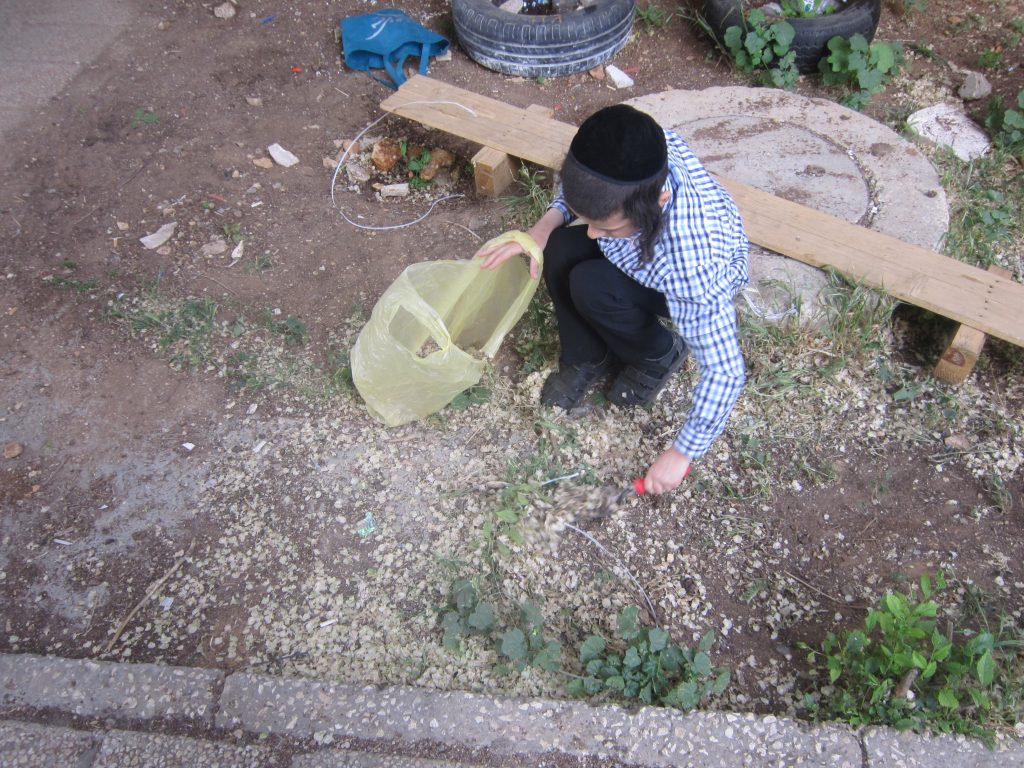 First we clean up all the litter. 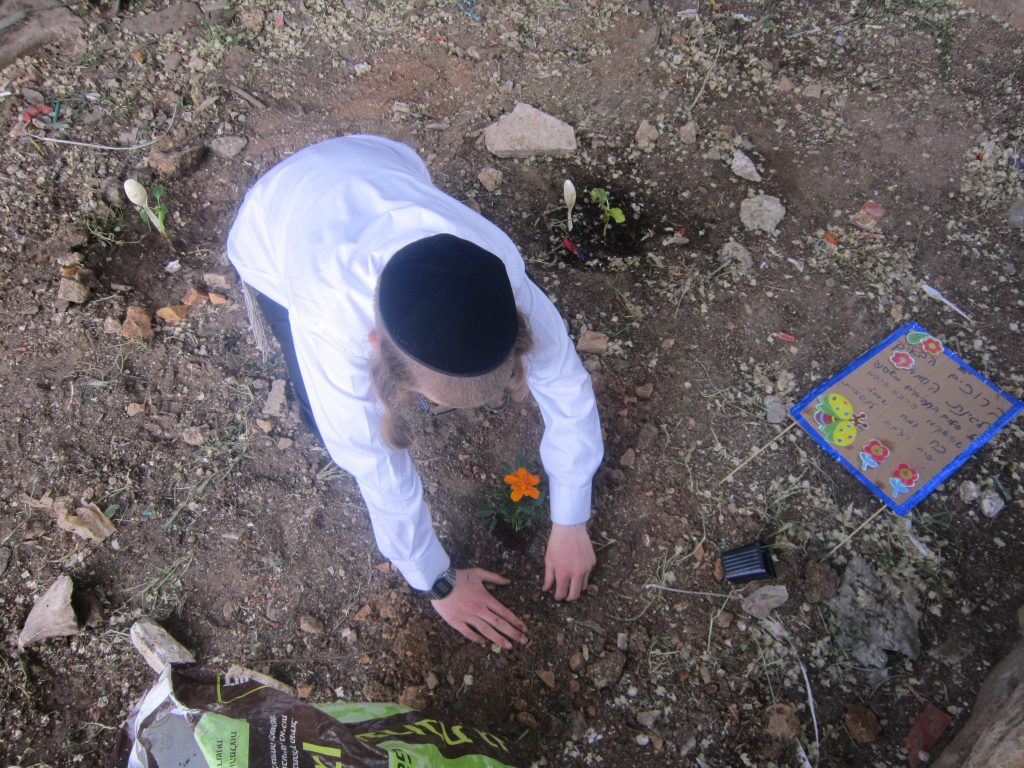 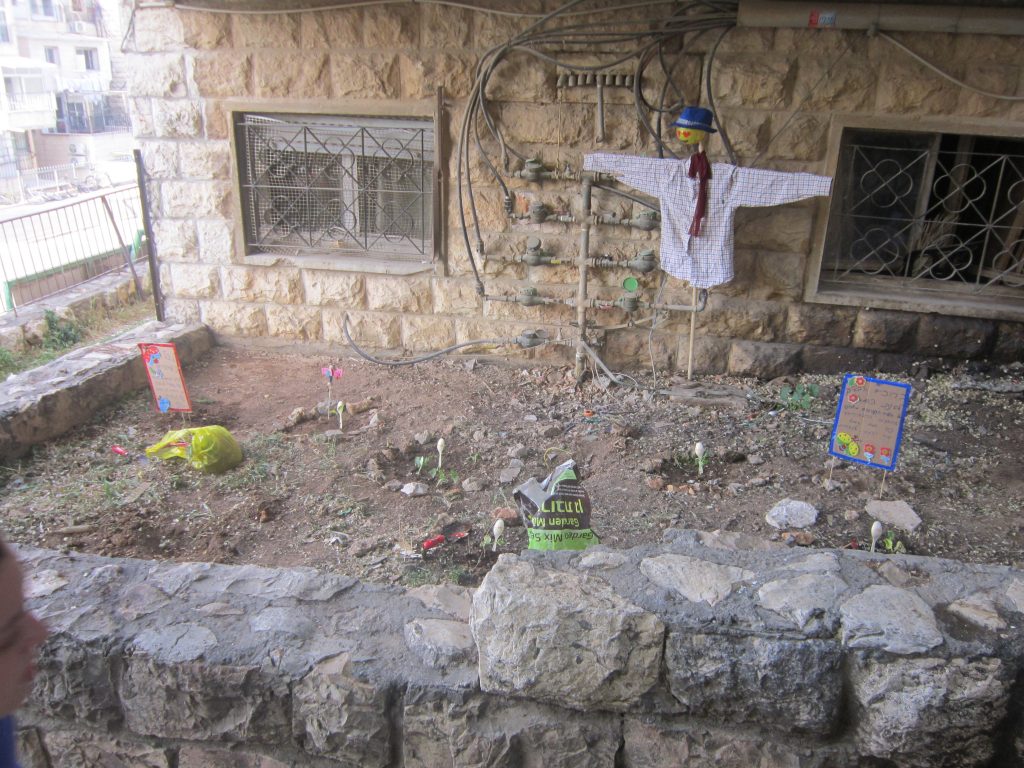 A scarecrow watches over the new plantings. 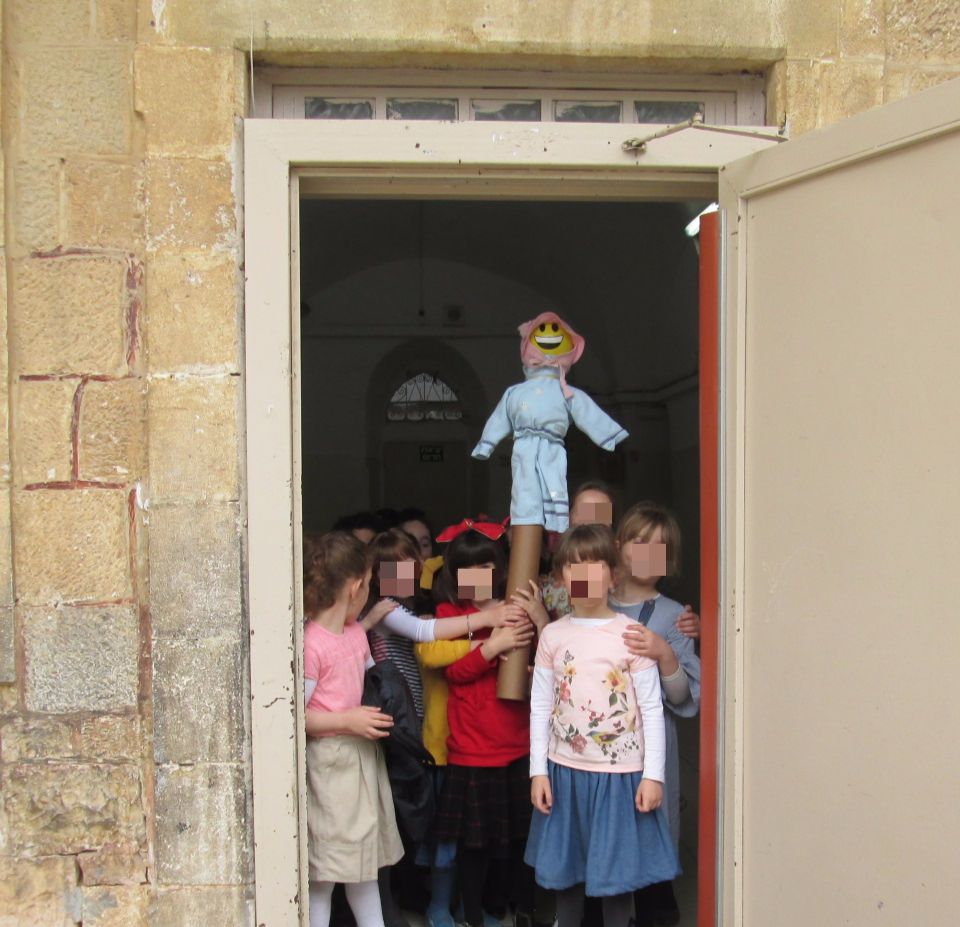 The girls of the Boyaner Chassidish kindergarten in Jerusalem with their scarecrow.

This is the second time a teacher has volunteered to teach Leshomra’s program outside school hours. Baruch Hashem, our impact is spreading!